November 25, 2019, Boston, MA and Malvern, PA — CARB-X is awarding Venatorx Pharmaceuticals, Inc. (Malvern, Pennsylvania, USA) up to US$4.1 million in non-dilutive funding, with the possibility of up to an additional US$8.9 million if certain project milestones are met, to develop a new class of oral antibiotics to treat infections caused by multi-drug-resistant (MDR) Neisseria gonorrhoeae. 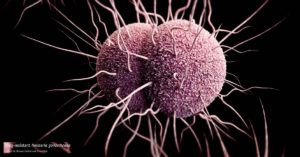 Health officials have identified MDR gonorrhea, a sexually transmitted bacteria, as an urgent global public health threat, exacerbated by limited diagnostics and treatment options. Each year, according to the World Health Organization (WHO), an estimated 78 million people are infected with gonorrhea, which can cause pelvic inflammation and infect the genitals, rectum and throat. Additionally, gonorrhea can cause side effects in women such as ectopic pregnancy and infertility. In a survey of 77 countries, data show that antibiotic resistance is making gonorrhea much harder and sometimes impossible to treat ? 97% reported instances of drug-resistance to commonly used treatment regimens and 66% to cephalosporins, the remaining option for treatment.

“Neisseria gonorrhoeae are highly adept at avoiding the action of antibiotics that are meant to kill them. Some strains resist even last-resort antibiotics and these superbugs continue to build resistance at an alarming rate,” said Kevin Outterson, Executive Director of CARB-X, which is based at Boston University School of Law. “New treatments, like those being developed by Venatorx, are urgently needed. CARB-X is supporting the Venatorx project because it is the type of innovation that has the potential to make tremendous impact against the global threat of drug-resistant bacteria.” CARB-X is a consortium led by Boston University and funded by a global partnership.

“We are honored to be selected by CARB-X for a second award, this one addressing the urgent need for an oral antibiotic to treat gonorrhea around the globe,” said Christopher J. Burns, Ph.D., President and CEO at Venatorx. “These funds will further support our novel non-beta-lactam Penicillin Binding Protein inhibitor (PBPi) program that has standalone activity against select gram-negative pathogens including Neisseria gonorrhoeae, which has been identified by WHO and CDC as one of the most critical priority targets. We thank CARB-X for their continued support and look forward to furthering our already existing partnership to combat antibiotic-resistant infections by bringing more effective antibiotics to market, improving the standard of care and ensuring our national and global health security.”

Venatorx is developing an oral penicillin-binding protein inhibitor (PBPi) to address the growing problem of resistance in Neisseria gonorrhoeae to the last resort antibiotic for outpatient use, ceftriaxone. Venatorx has identified non-beta-lactam transpeptidase inhibitors that are rapidly bactericidal, impervious to beta-lactamases, and show promising selective activity against gonococci, including both wild-type strains and isolates with PBP variants that confer ceftriaxone resistance. CARB-X funding will help Venatorx progress these early molecules from hit-to-lead through IND-enabling studies.

CARB-X is investing up to $500 million between 2016-2021 to support the development of new antibiotics, rapid diagnostics, vaccines and other life-saving products.  The goal is to support projects through the early phases of development - through Phase 1 for therapeutics - so that they will attract additional private or public support for further clinical development and approval for use in patients.

The CARB-X portfolio is the world’s largest antibacterial development portfolio with 32 active projects in five countries. Since its launch in 2016, CARB-X has announced 51 awards exceeding $154 million, with the potential of additional funds if project milestones are met, to accelerate the development of antibacterial products. These funds are in addition to investments made by the companies themselves. The CARB-X pipeline will continuously evolve, as projects progress and others fail for a variety of reasons.

CARB-X is led by Boston University and funding for the Venatorx project is provided by the U.S. Biomedical Advanced Research and Development Authority (BARDA), the Wellcome Trust, Germany’s Federal Ministry of Education and Research (BMBF), and with in-kind support from the U.S. National Institute of Allergy and Infectious Diseases (NIAID).

This news release is supported by the Cooperative Agreement Number IDSEP160030 from ASPR/BARDA and by awards from Wellcome Trust, and Germany’s Federal Ministry of Education and Research (BMBF). The contents are solely the responsibility of the authors and do not necessarily represent the official views of the HHS Office of the Assistant Secretary for Preparedness and Response, or other CARB-X funders.

Combating Antibiotic-Resistant Bacteria Biopharmaceutical Accelerator (CARB-X) a global non-profit partnership dedicated to accelerating early stage antibacterial R&D to address the rising global threat of drug-resistant bacteria. CARB-X is investing up to $500 million between 2016 and 2021 to support innovative antibiotics, vaccines, rapid diagnostics, and other life-saving products. CARB-X focuses exclusively on high-priority drug-resistant bacteria, especially Gram-negatives. The scope of CARB-X funding is restricted to projects that target drug-resistant bacteria highlighted on the Centers for Disease Control and Prevention (CDC)’s 2013 Antibiotic Resistant Threats list, or the Priority Bacterial Pathogens list published by the World Health Organization (WHO) in 2017 – with a priority on those pathogens deemed Serious or Urgent on the CDC list or Critical or High on the WHO list. CARB-X is led by Boston University. CARB-X funding is provided by the Biomedical Advanced Research and Development Authority (BARDA), part of the Office of the Assistant Secretary for Preparedness and Response (ASPR) in the US Department of Health and Human Services (HHS), the Wellcome Trust, a global charity based in the UK working to improve health globally, Germany’s Federal Ministry of Education and Research (BMBF), the Bill & Melinda Gates Foundation, and with in-kind support from National Institute of Allergy and Infectious Diseases (NIAID), part of the US National Institutes of Health (NIH).  CARB-X is headquartered at Boston University School of Law. carb-x.org.  Follow us on Twitter @CARB_X.

Venatorx is a private pharmaceutical company focused on the discovery and development of novel anti-infectives to treat multi-drug-resistant bacterial infections and hard-to-treat viral infections. Founded in 2010, Venatorx has built a world-class in-house R&D organization that has filed over 100 patents spanning multiple research programs. Venatorx has received significant funding awards from the National Institute of Allergy and Infectious Diseases (NIAID) of the National Institutes of Health (NIH); Wellcome Trust; the Biomedical Advanced Research and Development Authority (BARDA), part of the Office of the Assistant Secretary for Preparedness and Response (ASPR) at the U.S. Department of Health and Human Service (HHS); the U.S. Department of Defense’s Defense Threat Reduction Agency (DTRA); and CARB-X, and as well as private equity investments from Versant Ventures, Abingworth and Foresite Capital. For more information, please visit www.venatorx.com.

About BARDA and NIAID

The US Department of Health and Human Services works to enhance and protect the health and well-being of all Americans, providing for effective health and human services and fostering advances in medicine, public health, and social services. Within HHS, ASPR’s mission is to save lives and protect Americans from 21st century health security threats. ASPR leads the nation’s medical and public health preparedness for, response to, and recovery from disasters and public health emergencies. BARDA provides a comprehensive, integrated, portfolio approach to the advanced research and development, innovation, acquisition, and manufacturing of medical countermeasures – vaccines, drugs, therapeutics, diagnostic tools, and non-pharmaceutical products for public health emergency threats. These threats include chemical, biological, radiological, and nuclear agents, pandemic influenza, and emerging infectious diseases. NIH is the primary US federal agency conducting and supporting basic, clinical, and translational medical research, and is investigating the causes, treatments, and cures for both common and rare diseases. NIAID conducts and supports research — at NIH, throughout the United States, and worldwide — to study the causes of infectious and immune-mediated diseases, and to develop better means of preventing, diagnosing and treating these illnesses.

Wellcome exists to improve health for everyone by helping great ideas to thrive. We're a global charitable foundation, both politically and financially independent. We support scientists and researchers, take on big problems, fuel imaginations and spark debate. The Wellcome Trust is a charity registered in England and Wales, no. 210183. Its sole trustee is The Wellcome Trust Limited, a company registered in England and Wales, no. 2711000 (whose registered office is at 215 Euston Road, London NW1 2BE, UK).

Founded in 1839, Boston University is an internationally recognized institution of higher education and research. With more than 33,000 students, it is the fourth-largest independent university in the United States. BU consists of 17 schools and colleges, along with a number of multi-disciplinary centers and institutes integral to the University’s research and teaching mission. In 2012, BU joined the Association of American Universities (AAU), a consortium of 62 leading research universities in the United States and Canada. For further information, please contact Jeremy Thompson at jeremy22(at)bu.edu. www.bu.edu.